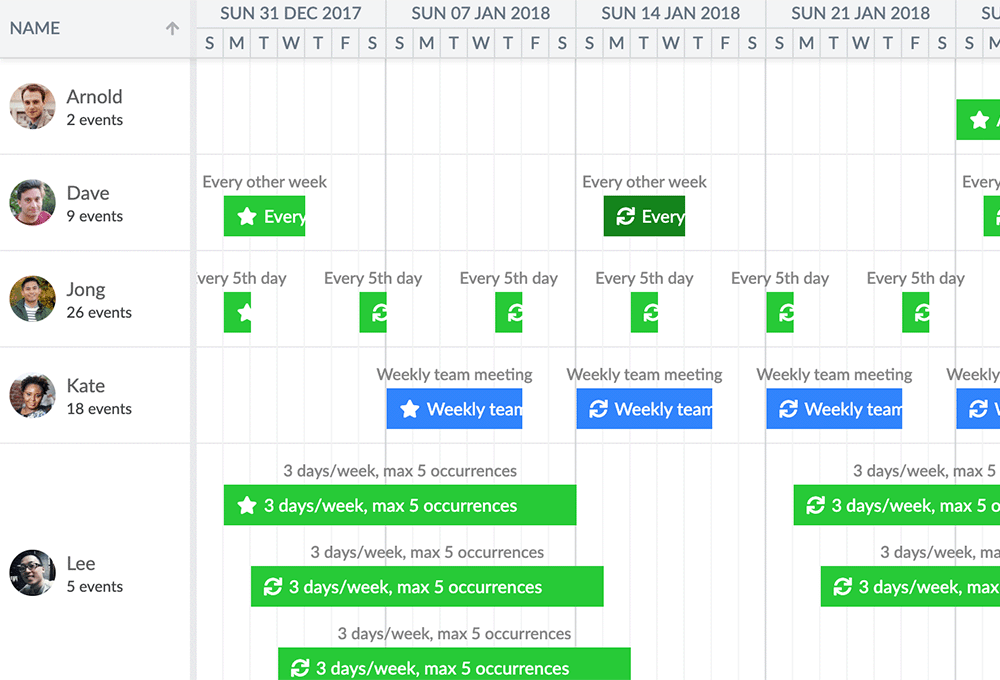 We are excited to announce version 2.3.0 of Bryntum Scheduler. The release has a lot of smaller improvements but also introduces a long awaited major feature, read on to find out what! For full details please see the change log. Also note that many of the changes in Grid 2.3.0 applies to Scheduler, detailed changelog available here

Recurring events is a major new feature for Bryntum Scheduler. It brings with it new functionality on the EventStore and UI updates for the event editor. Be sure to check it out in the new `recurrence` demo: 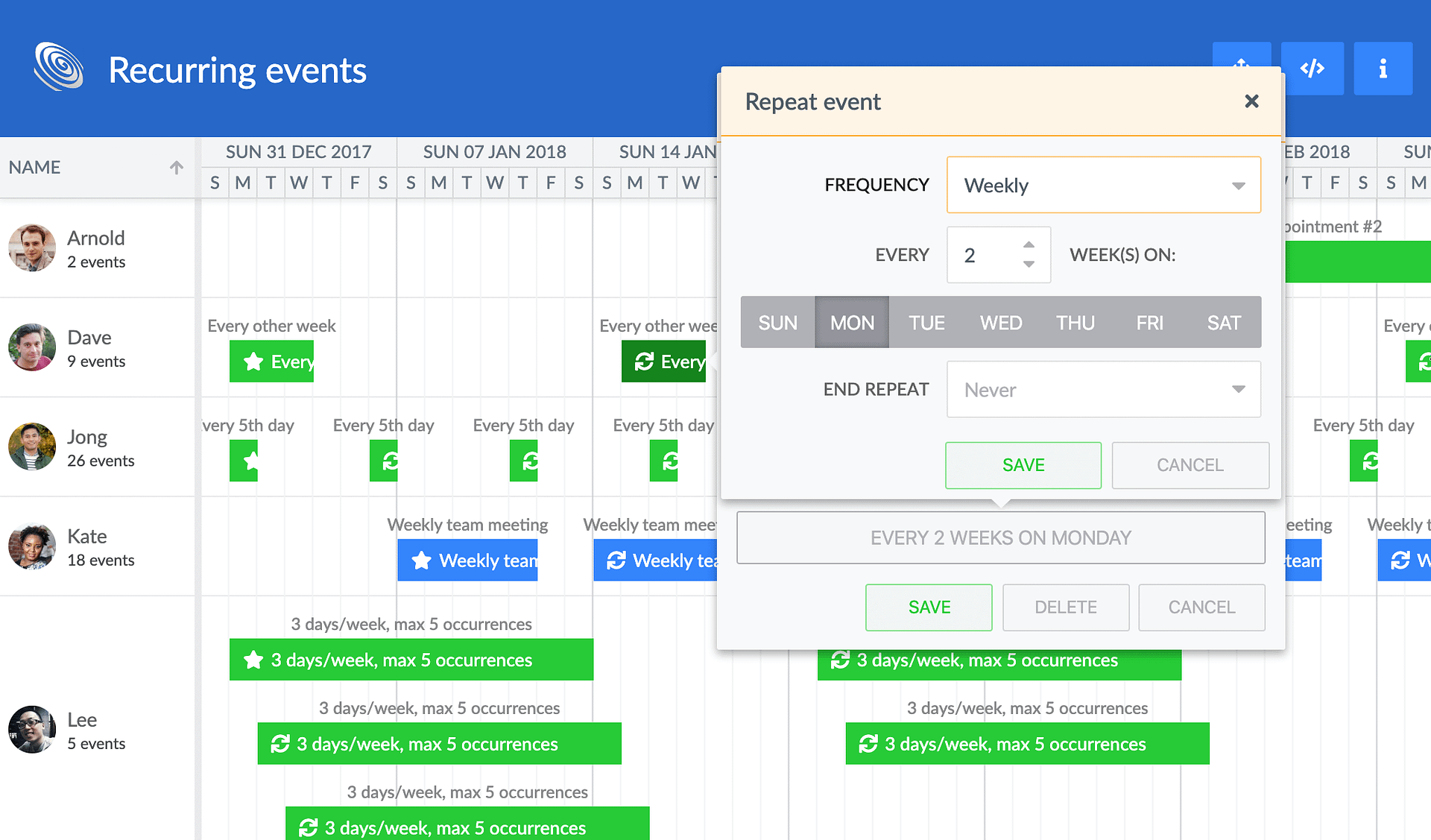 Experimental: JSX in renderers and as cell editors

Take a look at the updated React Simple demo to see how it can be used:

To simplify making custom builds from our sources there is now a new demo called “custom-build”. It uses WebPack to build a custom app + Scheduler bundle with smaller footprint than what you get with our full bundles. The demo uses a new base class for `Scheduler`, called `SchedulerBase`. `SchedulerBase` is basically `Scheduler` with only a minimal set of features imported, making the built result a bit smaller (approximately 30% if no additional features are used).

The “Drag from grid” demo now shows how to toggle between horizontal and vertical mode by recreating the Scheduler instance:

The “Drag from grid”, “Drag between schedulers” and “Partners” demos now use the new Splitter widget to allow resizing the grid/schedulers:

We always try to keep up with the Angular team. Angular 8 was released earlier this year and we now include a new Angular 8 demo: