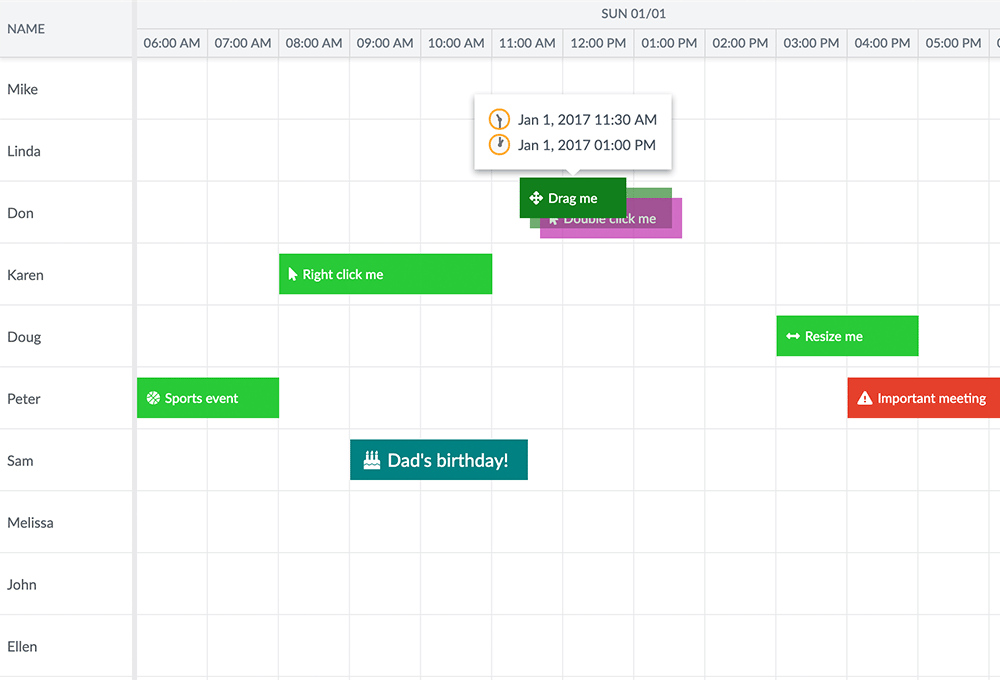 In the past few days, we have released new versions of Bryntum Grid, Scheduler and Gantt. The releases mostly contain bug fixes, but a few new features and demos are worth highlighting and you can read about them below. As always, for full details please see each product’s change log (Grid, Scheduler & Gantt).

As mentioned above, the 2.2.2 version of Grid is mainly a bug fix release, but it also introduces a new file picker widget required by the new Gantt demo further down: 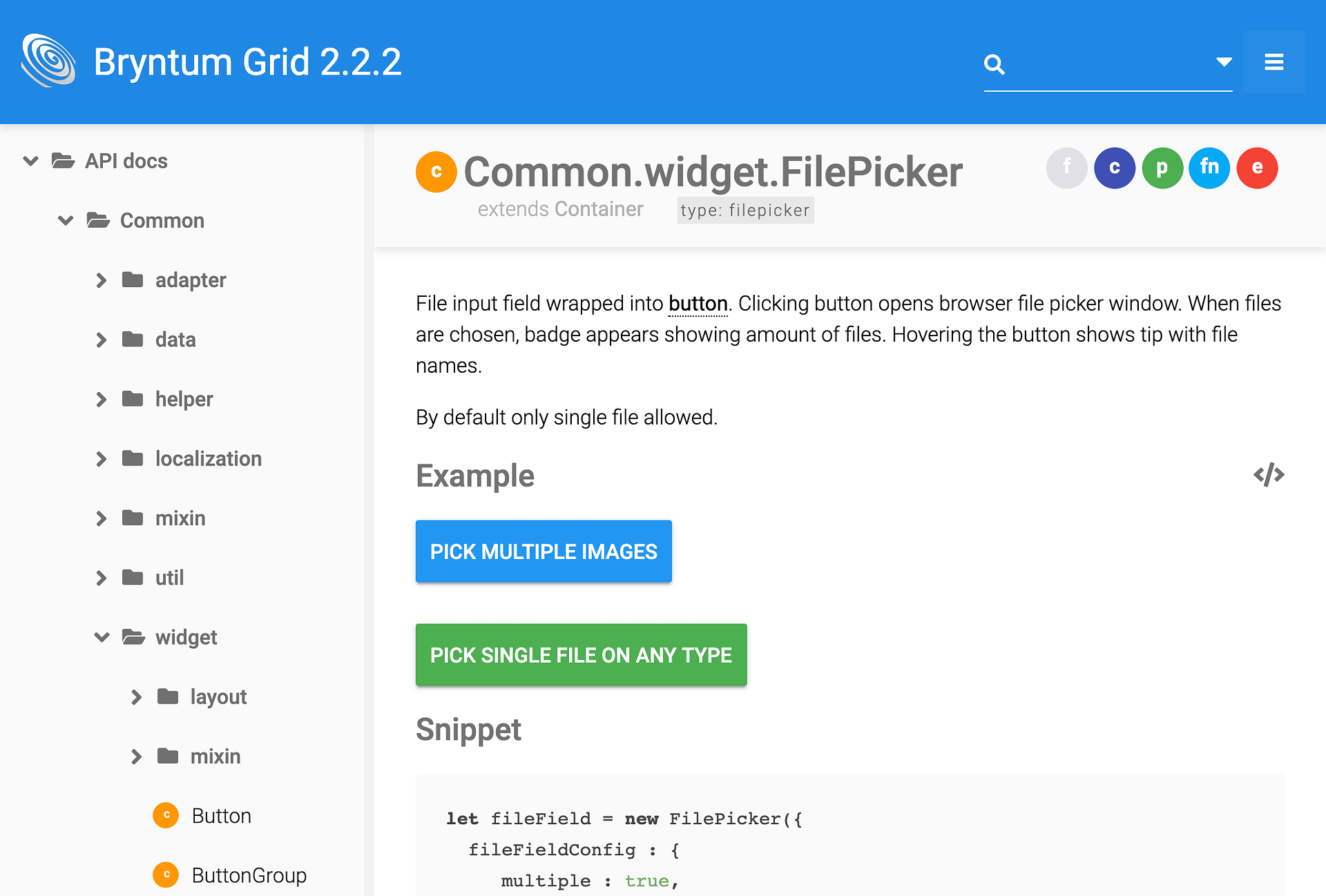 Also worth a few words is the new event flow when adding/removing records. Previously the events triggered when adding and removing records would differ depending on the function you called and if was a flat store or a tree store. This has now been normalized to be the same in all scenarios: `beforeAdd` -> `add` & `change` and `beforeRemove` -> `remove` & `change`. Both `beforeAdd` and `beforeRemove` are now also preventable.

The Scheduler 2.2.2 release mostly contains bug fixes. But it also adds a very cool improvement to event dragging – dragging of multiple events is now supported. It has two different modes, unified and non-unified drag. Non-unified drag drags the events as they are laid out, keeping their relative positions to each other:

Unified drag on the other hand stacks the dragged events and drops them on the same time and resource:

You guessed it, version 1.1.3 is also mostly about bug fixes. Although it also includes two new demos, a React demo using TypeScript which you can find here and a new demo showing import from MS Project:

For full details please see the change log of each product:.